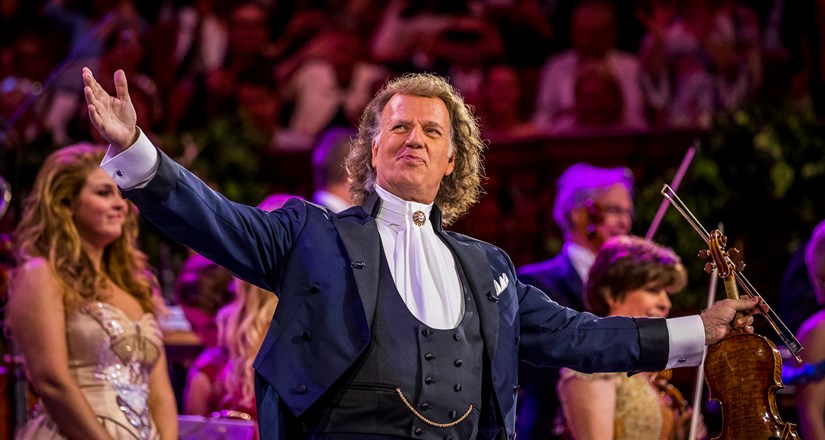 André Rieu is celebrating a landmark birthday and is inviting cinema audiences all over the world to his party!

The Maestro, the Composer, the Man Himself!

André Rieu is celebrating a landmark birthday and is inviting cinema audiences all over the world to his party!

70 YEARS YOUNG is André Rieu’s ultimate concert featuring musical highlights chosen by the maestro himself from his illustrious career so far. This unique commemorative celebration will take you on an unbelievable journey around the world to André Rieu’s most amazing concert locations, including Schönbrunn Vienna, Radio City Music Hall New York and the Coronation Concert in Amsterdam.

As part of the celebration, André Rieu reminisces with cinema host Charlotte Hawkins about his life, love and music, while taking his cinema audience on an exclusive tour of his home in Maastricht.

Bring your friends and kick off the New Year together in style, in the comfort of the cinema, with the most wonderful music from the birthday boy – the King of Waltz! Hip hip hooray!