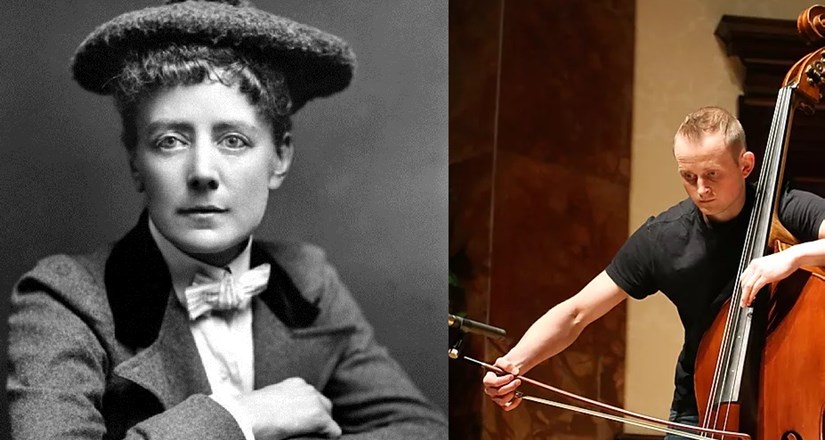 Stamford Chamber Orchestra returns with a delightful concert for Autumn.

130 years after its composition we are proud to give the Stamford premiere to Dame Ethel Smyth’s exciting and dynamic Serenade in D, along with soloist Toby Hughes performing Bottesini’s virtuosic Concerto for Double Bass no. 2 (Bottesini was known as “the Paganini of the double bass”), and some glorious Mozart – Cosi Fan Tutte Overture and Per Questa Bella Mano.

The Stamford Chamber Orchestra was formed by Jeremy Pike in 1983. Its players are local musicians, professional and amateur, from Stamford, Rutland and the surrounding areas. The orchestra has developed a reputation for its high quality performances, giving three concerts a year in the delightful setting of the Stamford Arts Centre Ballroom.

The orchestra's repertoire is both diverse and interesting, combining the traditional chamber orchestra repertoire - Beethoven, Haydn, Mendelssohn, Mozart and Schubert - with music by such composers as Berlioz, Delius, Poulenc, Rodrigo, Sibelius, Richard Strauss and Stravinsky.

Stamford Chamber Orchestra has a distinguished list of conductors to its name; Jeremy Pike was succeeded by such respected figures as Andrew Constantine, Adrian Brown and Christopher Brown. Ben Palmer was musical director of the orchestra from 2010-2016, from 2016-2019 our principal conductor was Steven Grahl, with guest conductors including Michael Smedley, George Morton and Kate Wishart. From November 2019 Mark Austin will take up the baton, with Michael Smedley assisting.