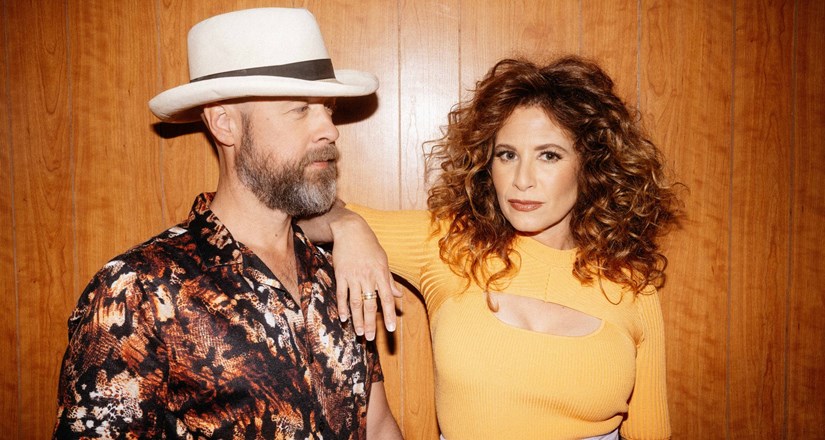 The Grahams are husband Doug and wife Alyssa Graham, a dynamic Americana-Folk duo from Nashville.

This evening will be a multi media performance with a 30 minute documentary film ‘Searching The Milky Way,’ to proceed a 60-75 minute live performance.

The film was shot by New York filmmakers Natalie Brasington and David Johnson during The Grahams‘ motorcycle adventure across the legendary Route 66. The performance will be a combination of songs from their latest album 'Kids Like Us' (produced by the late Richard Swift), & their upcoming EP, 'Sha La La' (out October 15)."

The Grahams’ Alyssa and Doug Graham are New Jersey raised, New York bred, but Nashville
based — a cross-section of regional influences that allows them to slip in and out of genres like
they’re changing clothes. Their unique sound landed them at the top of the Americana charts
when their first album, Riverman’s Daughter, was released in 2013, led to the critically
acclaimed Glory Bound in 2016, and their affair with a more alt-pop sound on 2020’s Kids Like
Us (co-produced by the late Richard Swift and Lucious’ Dan Molad). Their music has landed
them in every major music publication and grown them a legion of dedicated fans around the
world. In 2021 their music has evolved again into a nostalgia-inducing mellow gold sound with a
nod to mid-century soul and classic UK pop. If that sounds like a mouthful, it’s by design.
Consider their upcoming three song EP Sha La La a moment of bliss before the duo’s next full
album, due in 2022.

A tongue-in-cheek reference to a laissez-faire approach to life, Sha La La is The Grahams’
attempt to exorcise the pains and disappointments of the last 14 months. Rather than writhing in
self pity and judgement, or aspirations driven by narcissism, they decided to simply let go of
trying to control or overcome the situation, liberating themselves of their anger and who they
thought they were, while embracing who they may become.

Their 2020 LP Kids Like Us — four years in the making — was considered their best work
to-date. Released in March of the year of our lord COVID, they were devastated as their tour
plans and other promotional opportunities were slowly picked off one by one. While this is a
familiar story by now, The Grahams’ specific experience was compounded by a perfect storm of
difficult situations. New parents with a one year-old when the pandemic broke out (and without
any family nearby), they found themselves isolated with their child while Alyssa struggled with
postpartum depression. She also discovered that she needed surgery on her wrist, and
simultaneously suffered a painful and debilitating vocal hemorrhage, and therefore couldn’t
speak (let alone sing) or play guitar for weeks — followed by many months of vocal therapy.
While it was an extremely difficult time, the couple’s bond only grew stronger.

When The Grahams decided to pick up their spirits by making new music, they headed to 3
Sirens Studio — a hidden, invite-only East Nashville space which they own and operate. The
duo had a deep desire to experiment with new sounds, let go of structure and their normal
methods, and “just get really high and make art for art’s sake with friends.” They decided that
“sha la la,” a recurring vocal run on the EP’s focus track “Love Collector”, was a fitting name for
letting go of everything you once thought made sense, but doesn’t anymore.