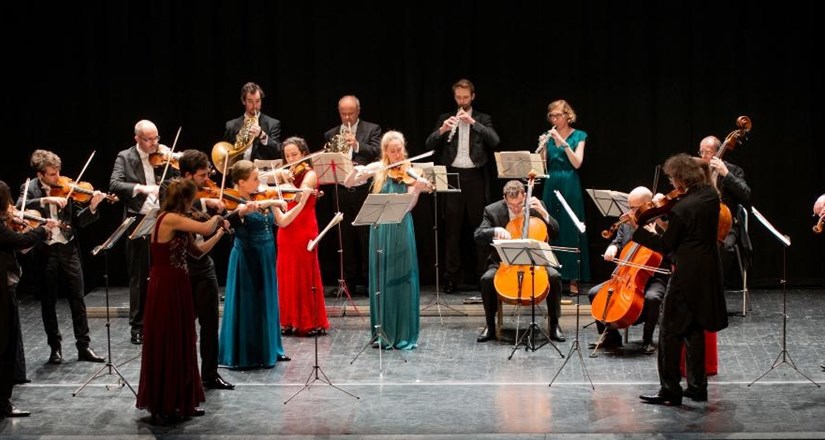 The European Union Chamber Orchestra was formed in 1981 and soon gained a worldwide reputation with tours covering South and East Asia, North, South and Central America, North Africa and the Middle East, as well as throughout Europe. Performances have included concerts in the presence of Queen Noor of Jordan, the King and Queen of Belgium and its own Patron, Queen Sofia of Spain, as well as a concert in 1999 to mark the birthday of the late King Sihanouk of Cambodia in the Royal Palace at Phnom Penh.

They return to Stamford with a programme which includes Mozart Piano Concerto K.414 played by Geoffrey Govier, one of the foremost British exponents of early piano. He will play a Paul McNulty reproduction of a 1805 Walter and Sohne fortepiano.